Alright, so a few days after testing the Exiga (oh here is the link), I got a chance to spend a couple of hours with a Subaru Impreza Anesis (yes, another Subaru). For the sake of the article, we will call it the Impreza. (The Anesis name refers to the body type which was a sedan). Listen, I am on a mission to understand why the Subaru badge has a reputation and if these allegations hold any water. Short story, so while testing this unit, I stopped somewhere by the road to try take a picture (not my best work in truth but they will get better), while doing this some random guy approached me asking if everything was okay. Nothing was wrong,  he went ahead and asked if i could give him a lift, like 500 meters ahead, so I agreed. His first comment “Yoh Subarus are legit awesome, but I take alcohol and after a few near death experiences, I decided to sell mine and get another car”.( I know, this is wrong on so many levels, I mean why are you drinking and driving? And how the hell is that the car's fault!! but it only goes to show this badge has a rep, or is the reputation purely based on the drivers??? Well, worry not, once my mission is complete, we will get to the bottom of it, I PROMISE)
The unit I got to test was a 4 cylinder 4 speed automatic. (I am not sure about the power-train because the owner was talking about it being a 1.8 liter, but on doing some research, it was either be a 2 liter or a 1.5 liter ). The engine is good (although it doesn’t sound so exciting). It is naturally aspirated, meaning neither turbo chargers nor superchargers on site. The acceleration is meh, ( does 0-100 km/h in just under 15s ), slightly underwhelming because I had expectations, but after driving it, I think it's just the right amount of power (I will expound on this later). My sentiments concerning the number of gears on the Exiga are the same on this, it should have one more gear. While driving it on manual, there is a significant drop in power between the third and fourth gear. The acceleration drops significantly as you pass the 120kph mark,( it gains speed at a significantly slower rate). Although I like how it changes from ECO mode to SPORT mode when you move from automatic to manual (this is really exciting to see, made me feel like I was just about to do one hot lap at some circuit, got me to even put my game face on while at it) 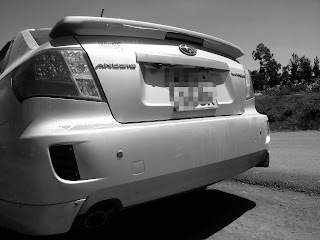 This engine is pretty small so with all the thrill it tries to give, it does all this on a budget. I mean it’s fairly economical, ranging around 12km/l, which can only get better over longer trips. Apart from this, the ride height on this unit was really low, I tried going off-road with it and with immediate regret opted to stick to the main road. Clearly this car was meant for good roads so don’t go running around with it on tougher terrains, it won’t work as good. Now something I noticed to while driving this car was just how sharp the steering response was. Every movement was recorded with very high precision and this is only magnified at higher speeds.
The interior is pretty standard, borderline boring to be honest. Nothing to write home about. The ride is average at best, not anywhere near luxurious (it isn’t meant to be), but It gets the job done.
On starting this blog, I knew I would test cars that wouldn’t have much to talk about, am still trying to find a format on how to approach such, and this is a perfect example. This car showed so much promise for a car enthusiast like me but I had to rethink my stand, I realized I was looking at it all wrong. Stay with me for a minute, if you want speed and the adrenaline rush, I am sorry to break it to you, This Ain’t It CHIEF! Now I am specifically talking about this model. Stop looking at this car clouded by the judgement of its badge, look at it like any other car and it starts making much more sense. Its seats 5, its comfortable enough, its ride is better than most, its parts are readily available, it has a small engine making it economical and you can get it as a 4WD, add all that up and you have a good car on your hands. Would I recommend it, definitely! To all you readers out there saying Subarus are fast, I think your stereotype might only be  half true. (Oh do stay tuned for my next piece, the next one is something special.)