- September 02, 2020
Right,
This has been a long time coming so let us get right into it.
Last we talked about AWD systems we highlighted the Subaru's implementation of the same. To get all caught up, click here to get to the article. I will however provide a disclaimer before getting this article started... These terms (4WD and AWD) are normally thrown around by manufacturers and have been reduced to marketing tools. The general idea is to have the power sent to all the four wheels. That is the only similarity as the implementation will vary across different manufacturers.
4WD are normally associated with big off-road cars. Cars that are built to pretty much tackle any terrain thrown at it. Having this in mind, we will explore what differentials are and why they play a huge part in the pros and cons of this system. The differential delivers power to the wheels. For most 4WD vehicles, they offer the option to manually engage the four wheels and options to locks the differential. Now this is very effective for heavy off-roading but not very practical for normal usage. Let's break it down further shall we. 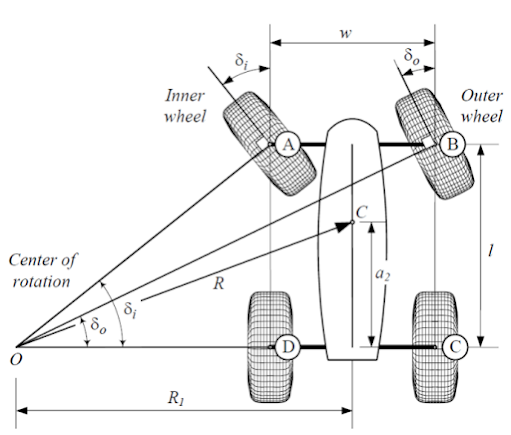 Locking the diff means you have restricted the wheels to move at the same speed. This is only practical up-to a point where you need to turn. Turning the car means the outer wheels will cover more distance than the inner wheels...(As illustrated by the simple image here),but since you locked the diff, pulling this stunt at a higher speed is a one way ticket to the garage, alternatively known as spending a lot of money. Let's take it further back.
The problem of cars turning and the wheels needing to move at different speeds was solved by the introduction of differentials. This technology allowed the wheels to move at different speeds when the need arose. Most cars have an open differential and this worked well until you get to a point where one/more wheels lack traction.

The next logical iteration of this technology is the LSD(Limited Slip Differential). (I suspect you have seen this blasted on some cars). What this means is the Diff is constantly working to make sure torque goes to the wheel with traction. To break this down further, if you get stuck and power only goes to one wheel, LSD works to prevent this and reroute the power to the wheel that actually has traction... GOOD?
Now for really serious off-roading, LSD is not enough as it is mostly concerned with better torque distribution. That said it doesn't attain the equality we need to be able to tackle really tough terrains. In comes the concept of locking differentials. Actually in hind site, this feels like regressing because  locking the differentials is very similar to having none in the first place. A problem that was fixed by the introduction of Differentials... WEIRD.  All that said, Locking the diff should be the final trump card in an off-road situation .(Strange, I thought we were talking about equality). Engaging 4WD is the first step and locking the diff the last resort. Don't drive fast and over long distances while the diff is locked. I mean this is one way to park your car, at a mechanics shop, with the parking ticket having a lot of zeros on it. SO DON'T!
And that is 4WD 101.

To sum this up...
Newer cars will often opt for automation of their four wheel drive systems, which is okay. Personally I prefer the option to manually lock the differentials and engage the AWD systems. However, it's probably better to let the computer make that decision for you. (It's nothing personal, I know your off-road judgement is above average, but it might have a very expensive outcome). It will probably be safer and will work just fine for your average car user. Whether you get a full on off-roader or just a car that can get power to all the wheels, you are safe either way. You get so much more with AWD/4WD cars.

I might have digressed in the course of the article but... Yeah.!